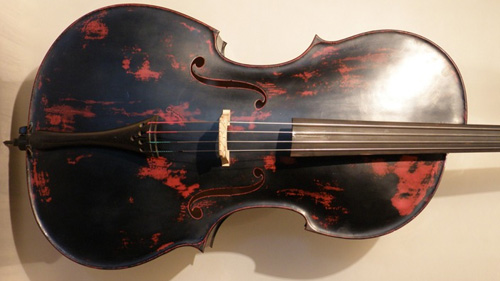 That’s it, the first prototype of the Neolin’s Cello-version is finally born ! 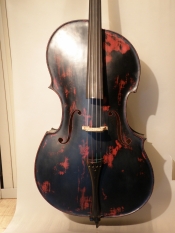 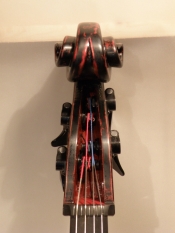 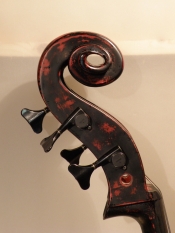 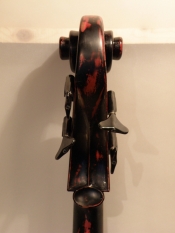 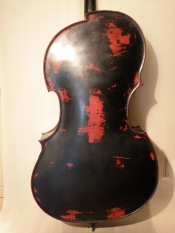 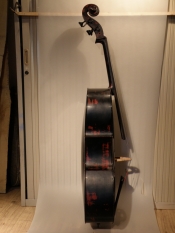 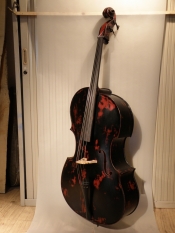 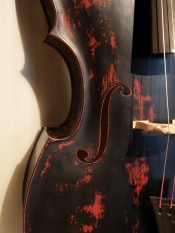 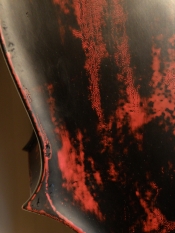 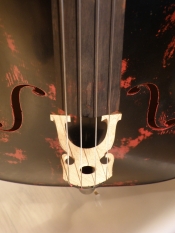 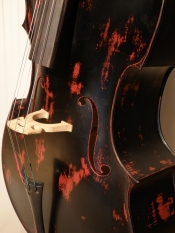 Some technical features:-built-in pick-up which makes it an electro-acoustical instrument as the Neolin – pick-up from the Swiss brand “boton” with an astonishing sound-quality close to that of a good mike- machine heads by Gotoh – a real miracle of precision !- Hybrid-style like the 4/5 string Neolin (see page “Neolin”) – possibility to add a fifth low f-string, giving the Neoloncello nearly the range of the double-bass- anti-mute bridge – if you take off the wings of the bridge, you get an Apocalyptica sound without any amplification or effects !- construction-principle of the Neolin, giving the instrument a very straightforward sound, lots of power and ease to play.- black/red vintage Urushi varnish, a traditional Japanese lacquer which is extremely resistant – see article on the “design and innovation” page- bigger corpus, achieved by deeper ribs to properly amplify the low f-string – the upper part of the back is bent  to get to a normal playing height at the button- kind of a cutaway like on the Neolin, to give easier access to the high positionsTo start with, I decided not to fret the Neoloncello. I’ll give a thought to that later on.First tests, played 4- and 5 string, with and without amplification, with and without anti-mute, have been very convincing !If you are interested by the project, thank you for sending me an e-mail with your impressions and/or inquiries.

Here are some recordings made with the Neoloncello, played by Stanley Adler. It begins rather well-behaved, but it gets nasty soon enough ! Turn up the volume from piece 3 onwards 🙂 No effects (except “wahwah” track), raw recordings.